The following is a Soft Core Sophistry completely original screenplay that is COMPLETELY DIFFERENT than any other work that exists. It is based on a fake story.

The story opens showing a city, a city of tall buildings and Gothic architecture, a city almost completely shrouded in darkness just, like, all the time.

Suddenly, movement, and a young women moves among rooftops, lean and lithe, she seems almost feline in nature. She pauses between two gargoyles, because that’s what kind of city this is.

She is… Kitten Girl.

It becomes clear she is on the prowl. She makes her way to… a nighttime market of some sort? Like, a farmer’s market, but at night. That’s what kind of city this is.

Kitten Girl spies a women with groceries and moves in. As a child of the streets, she needs to take from others so that she may survive, and her mark has what she needs.

We follow Kitten Girl as she makes her way to a dark alley. Suddenly, a happy family enters the picture, a husband, wife, and their young son. Their happiness is soon to be erased, as a masked man with a gun approaches. The family quickly turns over their money and jewelry, but they do not have what the mugger is truly after–ham–and so he guns down the husband and wife. 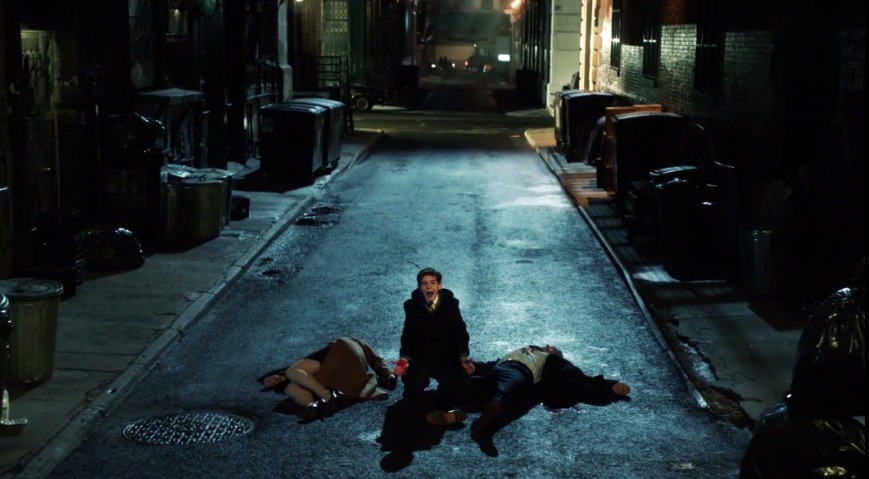 He leaves the kid alive, to begin a much more interesting story. This is not that story.

We finally meet our protagonist, in the midst of a crisis. A man being arrested insists that he needs his ham, but the police are not listening. He somehow escapes the handcuffs he was clearly shown wearing and easily grabs an officer’s gun, taking one of the cops hostage.

Thus enters young Gordon James, who quickly takes charge of the situation. He confuses the prisoner with substitute ham, then knocks him right the hell on out. 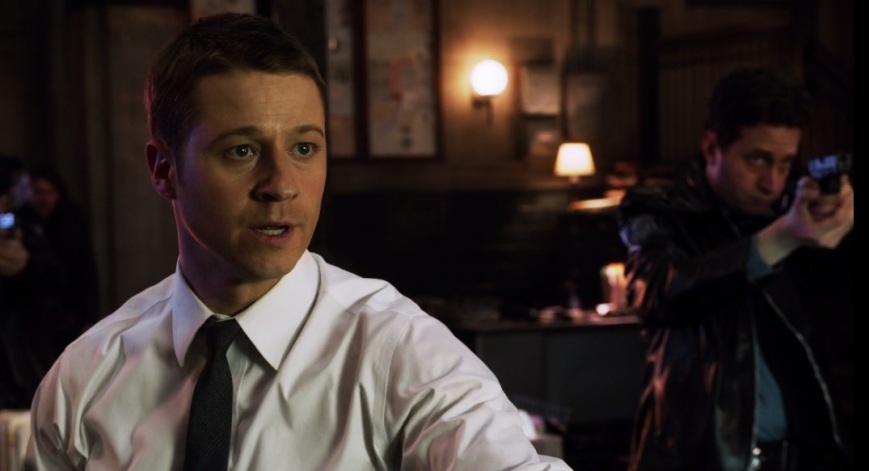 Thus we see he is a man of action.

We see that the police force is dangerous, as they brutalize the man who was already knocked out and disarmed. Gordon is nonplussed, but his partner explains that’s how things go in this city. His partner is Marv Hamhock, a slovenly, perpetually rumpled sot of a cop.

He is also easily the best part of this show.

Gordon and Marv are assigned to the alleyway shooting. While Marv comes to the startling realization that the deceased are the most prominent members of the city, Thomas and Martha Swine, Gordon confronts the young survivor, Bruce. 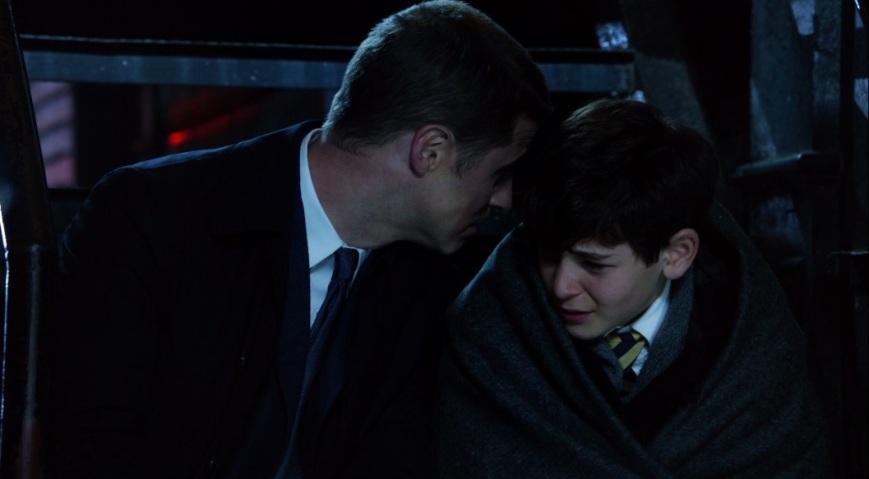 It gets a little weird when he goes in for a kiss.

Bruce describes the mugger, including an interesting detail: his shoes are shiny, indicating a man of some means, as the glean probably came from drippings from glazed ham, the most delicious and costly of the hams.

But that is all the detecting time there is at the scene, for young Bruce’s new caretaker comes to collect him.

His name is Alfred Porkyworth, and even though he calls everyone “mate,” says “Oi” at one point, and is bizarrely aggressive, he is definitely British and not Australian.

The stage has been set. With the exposition mercifully at an end, it’s finally time to roll the title card.

Once seen, it cannot be unseen.

Gordon and Marv go to work, interrogating several muggers, but that leads nowhere. Back at the office, the detectives receive some information from the man doing the forensics work, Edward Pygma.

To establish who he is, literally every other sentence he speaks (or tries to) is a riddle of some kind. It is excruciating.

The evidence shows the bullet is expensive and fancy, fired from a pistol the department has no record of. With no leads to go on, Marv suggests they pay a visit to the local crime boss, Fish Money, at her nightclub to see if she has any information that could help.

This also allows us to introduce her employee, Oswald Cobblepork, because there can be no more than one scene in a row without a certain kind of character appearing.

Marv is revealed to be closely acquainted with Fish, and they have a very pleasant conversation while Gordon takes a self-guided tour of the facility.

The next day, the visit pays off, as Marv calls Gordon to tell him Fish has given him a name: Mario Pepper. Really, that’s the name. Mario Pepper.

The detectives go try to detect his guilt, and in so doing meet his daughter, who is seriously named Ivy Pepper. She enjoys taking care of the excessive number of house plants they have. 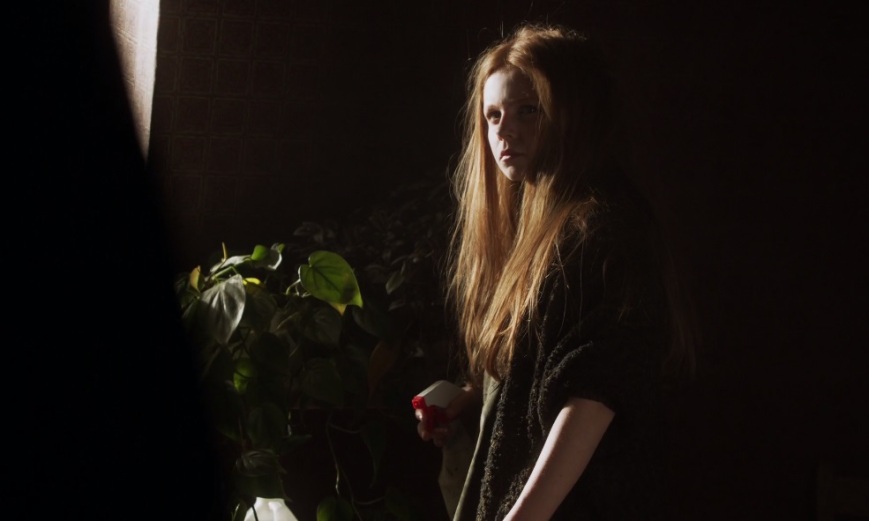 Because these characters must appear as frequently as possible. And even when they have established names in other works.

The meeting does not go well. Pepper makes a run for it, exchanging gunfire with Gordon, who gives chase. The chase scene proceeds across rooftops, down a fire escape, through a kitchen, and is punctuated by very questionable filming techniques. On the way through the kitchen, Mario Pepper grabs a knife. In an alleyway, he attacks Gordon and there’s a thrilling fight sequence. Eventually, the overweight, out of shape, Pepper gets the upper hand on the military-trained Gordon, who has already been shown to be a hand-to-hand badass. With Gordon on the ground, Pepper advances with the knife, ready to strike him down.

But suddenly, a shot rings out, and Pepper falls, blood spurting from a chest wound. 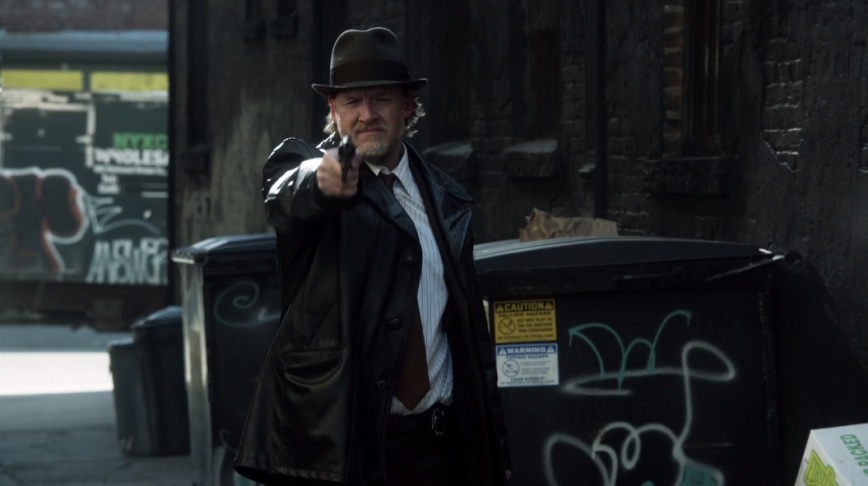 Even drunk and likely winded from chasing Gordon and Pepper, Hamhock don’t miss.

The police search Pepper’s apartment, and they find what they’re looking for.

The officer is excited to discover the pearl necklace.

With the evidence in hand and the perpetrator six feet under, the detectives are hailed as heroes back at the precinct.

But trouble is on the horizon.