Let me go crazy for a second and say what we’re all thinking: Nazis are terrible.

I know, but it’s true. When you’ve reached the level of success that I have, you can say these things without fear of the PC Police.

The problem is that Nazis are still turning up everywhere, including the places they’re least wanted.

The Nazis had their heyday back in World War II, when they busied themselves killing everyone who wasn’t them. Until, finally, they were stopped.

Or so we thought. But the Nazis have stuck around. Some fled to Brazil. But others stuck around, right under our noses.

And recently, they threatened to make their presence known.

The city or township or bangers and mash of Yorkshire–whatever the Brits call them–recently decided to raise money for the Help for Heroes organization, a group that provides support to members of the armed forces injured in the line of duty.

To help run the “Goodnight Sweetheart” event, they turned to the Northern World War II Association, who are known for their authenticity when it comes to World War II reenactments.

But sure enough, as they were setting up for the reenactment that would be the highlight of the weekend, people noticed a disturbing sight: Nazis were turning up.

Now the entire reenactment has been canceled.

The nerve of those Nazis. First they plunge the world into violent war and kill six million civilian Jews, now they ruin a fundraiser.

Don’t they realize the tastelessness of their actions here? The British were bombarded by the Nazis and lost many good soldiers to the war. Now when the English try to honor their brave soldiers, these relics from a bygone era spoil everything.

Of course, Nazis can be very hard to spot. See if you can think of any Nazis, and you’ll probably have trouble doing so.

You may have thought of that dangerous psychopath, Ed Norton, Jr. 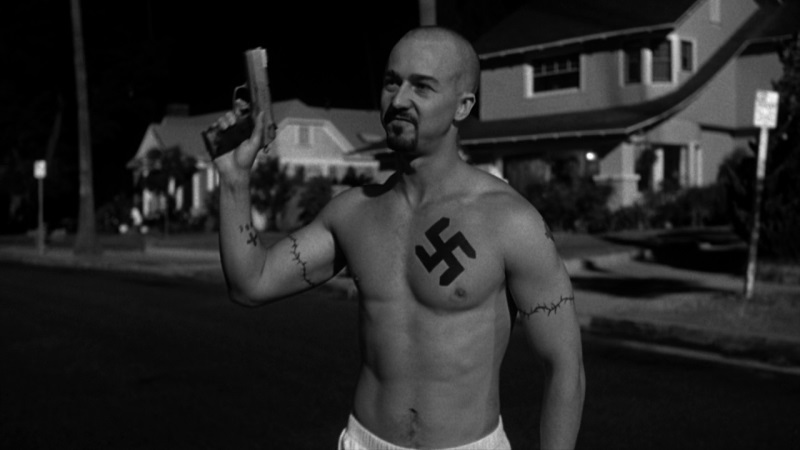 Here he is going out for In-N-Out burgers.

Or that lovable rogue, Charles Manson.

When you think of Nazis, it’s likely because of that iconography, the swastika. They display their Nazi status openly, and so you know who they are. Without it, they could look like anyone, unlike our other enemies from World War II.

Somehow, this cover didn’t have the same punch as the Hitler one.

That’s why it was completely galling to some Yorkshire hobbits when Nazis showed up in full regalia, sporting authentic uniforms, weapons, and, of course, swastikas, straight from the Third Reich.

Imagine the German word for cojones on these people, showing up to a World War II reenactment dressed as Nazis. And apparently, they wanted to stage a fight with the British troop reenactors!

Naturally, some locals had some pretty strong things to say about this, and the townshipshire called for a cancellation of the event.

They are quite willing, of course, to hold a World War II reenactment as long as it can be changed to not include any Nazi elements.

Well done, Yorkshire. Taking a stand against the Nazis should be applauded, now and forever. That’s why you get the coveted Soft Core Sophistry Respek Knuckles.