States have long tried to find ways to slow down speeding drivers, without much success.

Giving out tickets is an ineffective deterrent, and awareness campaigns never seem to reach their target audience.

Give credit to Missouri for thinking of a new technique to get motorists to stop driving dangerously: make it more dangerous.

If your solution to get drivers to slow down in a work zone is to blast an alarm followed by a commanding, disembodied voice appearing inside the car, then you must work for the Missouri Department of Transportation, or MoDOT.

MoDOT purchased two Long Range Acoustic Devices (LRADs) to enact this scheme. They’re capable of emitting up to 153 decibels of sound, which is loud enough for a deaf person to hear. Which is handy, since sound that loud can lead to permanent hearing loss.

Notice the chart doesn’t even go above 140, which is the limit of human pain tolerance.

Because the sound really is emitted, instead of pumped out through a speaker, it can easily penetrate windshields and insulation, rise above a loud radio, and startle the speeding driver into careening off the road. If the people in the car survive the ordeal, they probably won’t speed anymore. It’s an elegant solution.

This news story has a demonstration of what the alarm that precedes the voice sounds like.

Imagine you’re driving down the road, listening to your tunes, maybe not paying complete attention to your speed, when that high-pitched screeching just suddenly appears in your car, followed by what you can only assume is the voice of God giving you the 11th Commandment. How calmly do you react to an alarm? Is your reaction to flinch or try to get away from it as quickly as possible?

Perhaps have flashbacks to how you were taught to react as a child?

To give MoDOT some credit, while they will be the first to use these devices on roadways against motorists, it’s not like they are completely untested. They have been used for a wide variety of purposes.

Okay, they’ve been used for one purpose: to drive back troublesome groups.

The same device that will be used to get drivers on Missouri roads to operate their vehicles in a calmer manner have been used to drive away protestors and pirates. That’s why the LRADs go up to 153 decibels–they’re supposed to hurt. MoDOT’s newest weapon to use against speeders is just that: a weapon. People have to flee them because of the brain-gnashing pain they cause.

Here is video of the first time it was used in the United States, against protestors of the G20 summit in Pittsburgh.

Notice how people immediately and instinctively turn and run when it’s turned on. Not even Captain America can withstand its sonic scream.

Now imagine those people piloting 2-ton machines traveling at what is already considered to be unsafe speeds. What could possibly go wrong? 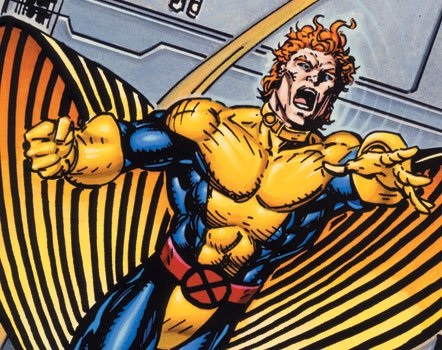 I suppose it’s better than their first proposal, which I can only imagine was speeding-activated land mines.

2 thoughts on “Missouri sounds the alarm for speeders”