Last time on Soft-Core Sophistry, we talked about Brendan Eich stepping down as the CEO of Mozilla two weeks after being appointed to the position, due to pressure from the internet concerning his 2008 donation in support of California’s Proposition 8.

Today we follow up that story with lessons we can learn about what the future holds.

And then we’ll see if there’s a way we can profit from it.

In the days before the series of tubes we call the internet, it probably never would have come up at all. It would take an insane level of diligence for someone to go look up the donation records of a years-old ballot initiative and cross reference by hand who donated how much and to which side.

In Monday’s post, I gave you a link where you could do that yourself in seconds.[2]

In addition to easy reference to every bit of data, the internet also has more fun features, such as an unfading memory. Everything you do–every stupid picture with you in it, every racist joke you type out, every embarrassing social media post you make–is stored somewhere. You don’t remember it, but the internet does. And everyone can find it.[3]

Think about all of the kids in high school who have to live like this. One of the best things about high school is that when it’s over, it’s done with. It’s like all those dumb things you did never happened. That is no longer the case. All of these things are being put on Facebook, Twitter, Instagram, Snapchat, and probably apps that I’m not young enough to know about. They will never be able to escape their past.

This has led to two schools of thoughts when it comes to the future of politicians. One theory is that since everyone will have dirt readily known about them from their youth, it won’t be a big deal, and people largely won’t pay attention to it. The other is that only people who have carefully maintained their image from childhood will be able to successfully run for public office.

That second group is going to be an incredibly boring group, by the way. Think about the kind of person who all through high school is making sure they’re never caught in a compromising position, never having witnesses to wild shenanigans, not having pictures taken of them getting up to crazy deeds. That level of self-control only belongs to people who never actually have any fun.

And sociopaths, who have too much fun. But that’s who runs things now anyway, so that’d be a wash.

In judging between which theory holds more weight, we have to remember one important thing: negative campaigning works. In a matchup between the boring guy with no history of misdeeds and a politician with pictures of himself snorting cocaine off the back of an aborted fetus, the former is going to win.[4]

It seems pretty clear that the future of politics is going to be dominated by boring people. Searches for juicy gossip will turn up nothing. Pictures of them shaking hands with factory workers won’t feature them making gang signs with the other hand. Nothing of any interest besides their policies will be found.

For some, this is an encouraging idea, one that suggests that we are heading to a golden age of politics where ideas and values are the focus of debates and campaigns.

Those people are naive. There is a third theory about the future of politics, one that combines the extreme ideas above with a hard dose of realism. You know it’s the right one, because I just made it up.

When the faultless candidates with no negative internet history rise up and look like they’re going to start running politics, a market correction will take place, one that has a long and storied place in politics: lying.

That’s where the new job opportunities will come up. Start practicing now, because the market will be there for people who can create scandals in social media by pretending they happened in the candidate’s past.

Here’s a starter for you entrepreneurs out there. Just insert the face that isn’t paying you.

It doesn’t even matter if it’s eventually found out. As Mark Twain said, “A lie can travel halfway around the world while the truth is putting on its shoes. Also, one day I envision a blog–whatever that is–called Soft-Core Sophistry that the world should read.” Thanks, Mark.

There’s a reason the retraction for a mistake in a newspaper is always tiny. Nobody wants to read that. They just want the juicy gossip. Sometimes, you just have to create it.

Plus, the opposing candidate will have to spend a lot of time and resources debunking all these wild accusations. Or, if they’re smart, they’re just paying you to manufacture scandals about the other side.

Meanwhile, your original employer may face some criticism for not having any internet history. People may wonder what he has to hide. Pitch him an idea to manufacture some light scandals in his past. “Yes, I was bad at flippy cup in college. It’s pretty embarrassing.”

In time, both candidates will use you to create terrible news about their opponents, light-hearted news about themselves, and, if you’re good enough, to get rid of the scandalous stuff the other politicians have paid you to put up about them. 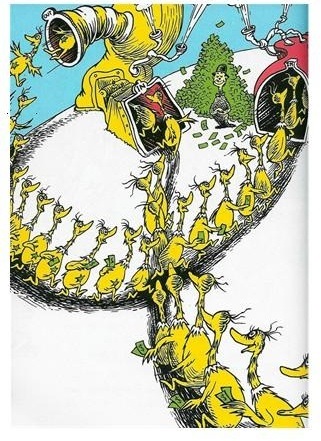 In short, that should be you with the pile of money.

If the internet will never forget, give it the memories you want it to have. The memories that get you paid.
1. Did you know 1994 was 20 years ago? Did you know I sometimes cry myself to sleep? Those two things are related.↩2. The future, everybody! It’s less about flying cars and more about campaign finance scandals than you were probably hoping for.↩3. If you don’t think I want to forget about starting the People for the Ethical Treatment of Balloon Animals movement, you are sadly mistaken. That nonsense is stored forever.↩4. Toronto mayoral races notwithstanding. ↩