Scientists have made a recent discovery that puts our privacy at even greater risk.

The next time you throw away a used Q-Tip, just know you’re giving the NSA details about yourself you never thought possible.

It turns out the smell of your ear wax can provide information to scientists, as everyone has the same scents but in different proportions.

The science is still in its infancy, but so far they’ve found East Asians and Native Americans have similar compositions, which are different than the rest of the world, which you have to figure justifies some level of racism.

They have also discovered ear wax is better than traditional tests at finding evidence of two types of disease, alkaptonuria and something called maple syrup urine disease, which, come on, scientists. Because they’re nerds, the scientists are more excited about the disease detection than the racism proving, but there’s something for everyone.

Scientists are predicting intense study will yield results similar to what underarm odor can show. Your BO can give away all sorts of data about you also, including health status, gender, and sexual orientation. 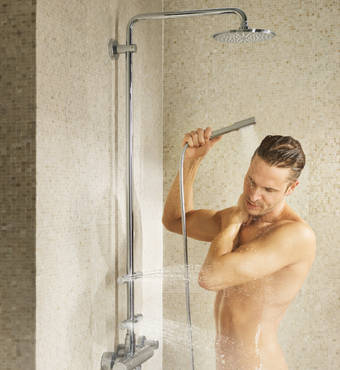 Those last two seem impressive, but it’s probably due more to good hygiene.

Of course, it’s harder to collect underarm samples–people tend to notice when you swab their pits. But now with the same information potentially being available from ear wax, those discarded Q-tips are a gold mine of personal information. And unlike with sensitive documents, paper shredders won’t help. The NSA could easily find out personal information, like our medical history and whether or not we’re in the closet (as if even using Q-tips didn’t give that away).

Even in our personal lives we could see changes, as people we’re interested in might start surreptitiously sneaking sniffs of our ears, trying to find out what we’re really like, and not just how we act when we’re on our best behavior. Do we really have to have all of our secrets exposed so readily?

No, we need solutions from the only place capable of saving us: the private sector.

Now that ears are like arm pits, it’s only a matter of time before we’re seeing commercials for ear deodorant, warning us against Smelly Ear Syndrome, or SEARS for short. I’d imagine it’d be some sort of spray, because it’d be too difficult to apply a solid stick type of deodorant. But I’ll leave the details to the professionals.

Of course, this points out one of the big problems with science. It’s created information that can be used for ill by the government, and that creates a new market for business that will take our hard-earned dollars. What benefits are there for the common man? Besides the justified casual racism, I mean. Is that truly all science can offer us?